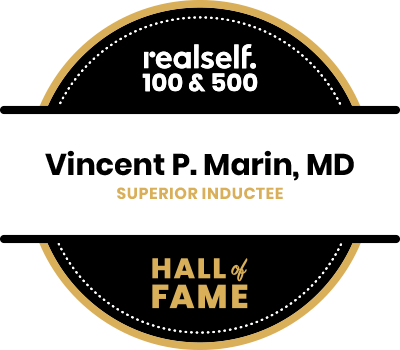 The RealSelf Hall of Fame

Since 2011, RealSelf has annually awarded the RealSelf 100 and 500 awards to doctors for their consistent contributions to the community. To honor the distinction given to these doctors, RealSelf has launched the RealSelf Hall of Fame, which seeks to promote inductees on the digital community and social media.

Hall of Fame inductees are required to meet strict eligibility standards that include:

Inductees were ranked on the number of awards received in the last eight years. Repeated winners received a special designation among their peers: 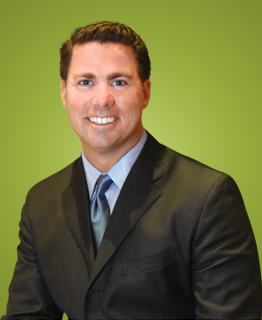 “It is truly an honor be among the first inductees to the RealSelf Hall of Fame,” says Dr. Vincent Marin. “RealSelf is a valuable resource for patients seeking answers to every aesthetic concern imaginable. This has enabled the site to foster a truly unique community of patients and aesthetic doctors.”

With over 42,000 profile views, Dr. Vincent Marin has established himself as one of the Top Contributors on RealSelf. He is classified as a Five Star Doctor with sixty-three (63) user reviews and over two thousand expert answers.

*The content in this blog is developed to spread the awareness towards plastic surgery. Our blog is not intended to serve as a replacement for an actual in-office consultation with Dr. Marin. As such, the information within this blog reflects the unique cases of our individual patients.

Due to his outstanding credentials and the years of commitment he has shown to his patients, Dr. Vincent Marin has been recognized as a “Top Doctor”...

Dr. Vincent Marin was elected to be a member of the American Society for Aesthetic Plastic Surgery (ASAPS), the premier organization for aesthetic surgery at the...

Click to view the latest special offers
show me more

I would highly recommend him to my family and friends. Thanks Dr. Marin...

Update (02/06/16): I have since had a second surgery with Dr. Marin, and my experience was just as good as the first! I love my new breasts. 5-star experience once again...

Dr. Marin is an amazing Dr. Calm, patient, with a great bedside manner. I love his personality as well. Can't say enough good things about him...

I cannot speak more highly about the extremely talented Dr. Marin, his super sweet nurse Amber Lewis, and the entire staff- all smart and knowledgeable!  I have been wanting to do plastic surgery for as long as I can remember.  I have had many consultations but have never felt it was the right...

Like I said, Dr. Marin and his entire staff are the perfect team and I would recommend going to them for anything you could possibly want to get done...

TO OUR MARIN AESTHETICS PATIENTS:

In light of the state wide restrictions on non-essential businesses to help reduce the spread of COVID-19, we are rescheduling all of our elective appointments until the global circumstances improve. Our necessary post-operative appointments will be made, as needed, to address immediate surgical concerns such as suture removal and acute postoperative issues. All non-acute follow up appointments, fillers and Botox will need to be postponed until after the quarantine period mid April. Our office will reach out to all patients who need to be rescheduled.

We will be offering new patient virtual consultations online and via Skype that can be scheduled through our website or by emailing info@marinaesthetics.com. Also, we will offer follow-up appointments in the same manner to help manage our patients’ concerns while still respecting the need for social distancing.

We appreciate all of your understanding during these difficult times for all of us.