It has recently come to light that the now-defunct French company, Poly Implant Prosthesis, had been illegally changing the silicone gel injected into their “approved” PIP breast implants to an inferior, non-medical grade “industrial” silicone. It is thought that this has caused the implants to have a higher incidence of spontaneous rupture and the specific health implications to the women with these implants are currently unknown. These implants were only previously approved in Europe and never in the United States. It is thought that currently, 30,000 French women, 40,000 British women, and up to 25,000 Brazilian women have received this implant in the past. The total number of women could approach 300,000. 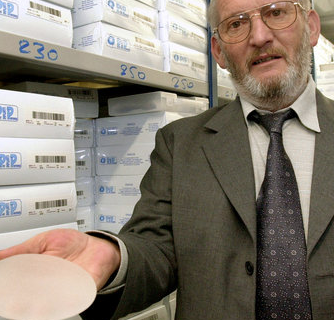 The French government recently issued an unprecedented statement recommending any woman who has received this implant to have it “explanted” or removed.  It is unclear whether they will cover the cost of a secondary augmentation with a different product.  This implant has possibly also been rebranded as an “M” implant and marketed in other countries – so the exact number of women suffering from this is currently unknown. The implants may have been sold in Western Europe, South America (Brazil, Chile, and Argentina), and Australia.

The UK has not recommended any large-scale removal at this point. The regulatory agency was quoted as saying, “We recognize the concern that some women who have these implants may be feeling, but we currently have no evidence of any increase in incidents of cancer associated with these implants and no evidence of any disproportionate rupture rates other than in France.”

One of the women who suffered from a rupture has since died from anaplastic large cell lymphoma. Still, there is no evidence to suggest any association between leakage and cancer development.  It is being reported that there was evidence of this being an issue as early as March of 2010, but it has taken as long as 21 months for this to come to light.  The parent company has admitted that two types of silicone were used in the manufacture of this product. “But there’s no cause-and-effect link between it and any harm suffered by this or that person,” an attorney for PIP was quoted as saying.

Women who choose not to undergo elective implant removal are currently being encouraged to undergo ultrasound examinations every six months to evaluate evidence of rupture.  The FDA has encouraged US women who possibly received these implants to report their experience through their website – https://www.accessdata.fda.gov/scripts/medwatch/

To read more about the specific issues related to the PIP breast implant controversy, click on the following links:

If you have any specific concerns about your breast implants, please contact our office at 858-638-9800.

*The content in this blog is developed to spread the awareness towards plastic surgery. Our blog is not intended to serve as a replacement for an actual in-office consultation with Dr. Marin. As such, the information within this blog reflects the unique cases of our individual patients.

Breast augmentation is a great operation to enhance, reshape, and volumize a woman’s breast tissue. Typically, saline or different silicone implants are placed beneath or over...

Around 5 percent of the women who undergo breast augmentation will experience permanent nipple numbness after surgery. It is common for a larger percentage of patients...

Choosing the proper breast implant is the most challenging decision that women make when undergoing a breast augmentation. However, after proper in-person consultation, we can help...

Click to view the latest special offers
show me more

TO OUR MARIN AESTHETICS PATIENTS:

In light of the state wide restrictions on non-essential businesses to help reduce the spread of COVID-19, we are rescheduling all of our elective appointments until the global circumstances improve. Our necessary post-operative appointments will be made, as needed, to address immediate surgical concerns such as suture removal and acute postoperative issues. All non-acute follow up appointments, fillers and Botox will need to be postponed until after the quarantine period mid April. Our office will reach out to all patients who need to be rescheduled.

We will be offering new patient virtual consultations online and via Skype that can be scheduled through our website or by emailing info@marinaesthetics.com. Also, we will offer follow-up appointments in the same manner to help manage our patients’ concerns while still respecting the need for social distancing.

We appreciate all of your understanding during these difficult times for all of us.